Tim O’Brien qualified and worked as a chartered accountant before a career of over thirty years in the metals and petrochemicals industries.  This involved a wide range of commercial and financial roles including at board level.  In recent years he developed and championed transformation of governance and risk management in Shell’s Downstream business. His interests include both collecting art and trying to improve his own drawing skills, opera, theatre, Russian and running.

Ronald, founder of Talk Dementia, is a Black Dementia Champion with the Alzheimer’s Society, a Dementia Diarist with DEEP and an Ambassador for The Stroke Association, working to ensure there is better provision for the BAME communities in dementia service and more involvement from BAME communities in dementia research. A musician and music producer by background he is passionate about the role of creativity in improving the quality of life experience for all living with dementia.

In 2013 Ronald had a stroke which resulted in a brain injury and in 2015 he was diagnosed with Alzheimer’s.  Following a long period of recovery with the support of Headway, along with various social workers and the Alzheimer’s Society, Ronald has learned to manage his health concerns and now he is committed to championing health awareness using the medium of music and creative expression.

Claire has over 20 years’ experience in the public sector, including 15 years working at charity executive level, playing a key role in the development of new partnerships, designing and executing transformational programmes which help organisations become more efficient and cost-effective whilst improving service delivery and supporting innovation. Claire lives with her partner and their two pre-school children in North London. She holds other strategic advisory and board positions and is a qualified accountant. 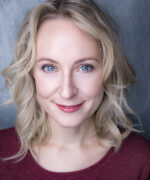 Marie is an award winning actor, puppeteer, writer, director and Co Founder of Foan & Fortune Theatre Company. She works primarily in theatre and film, both nationally and internationally. Marie also works as a consultant, facilitator and workshop leader leading numerous workshops on a whole range of topics, from puppetry to Shakespeare. She volunteers regularly at Whittington Hospital and Age UK and has worked closely with Dementia Pathfinders delivering drama workshops for YOYO (a young onset dementia group in Crouch End), as well as delivering the best practice drama workshop for Arts 4 Dementia at the Barbican Centre.

Alan was a partner in the solicitors firm of Edwin Coe, based in Lincoln’s Inn, in its litigation department.  He retired from practice in 2015, but continues to work there one day a week, doing internal auditing.  He is a volunteer at the London office of War Memorials Trust, and does outdoor conservation work on Hampstead Heath and at Kenwood for Heath Hands, of which he is currently a trustee.  He also attends a monthly drop in centre for asylum seekers. 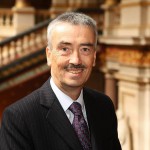 Peter Millett is a retired British diplomat who served as British Ambassador to Libya from June 2015 to January 2018.  During that time he played a role in supporting the UN’s efforts to negotiate and then implement the Libya Political Agreement.  He met and built relationships with all the key political, security and economic players in Libya and in the international community.  He also managed the return of the British Embassy from Tunis to Tripoli.  Before Libya, he was British Ambassador to Jordan from 2011 to 2015 and High Commissioner to Cyprus from 2005 to 2010.  Earlier in his career he had diplomatic postings in Venezuela, Qatar, Brussels and Athens.

Kate O’Neill has nearly 30 years’ experience of involvement in the voluntary sector, working at a national and local level to support the well-being of vulnerable people. Until she retired at the end of 2014, Kate had spent nine years with the Alzheimer’s Society, ultimately as Director of Operations for Greater London. She was a founding member of the London Dementia Action Alliance and is a Dementia Friend. More recently, Kate has continued to sing with a large local choir and is reviving her interest in the visual arts by studying part-time for a BA(Hons) in Fine Art with Brighton MET.

Liz retired in 2015 after more than 25 years as a consultant physician in the NHS, and has been involved in teaching, training and management, as well as patient care where she saw many people and families living with dementia. She has previously been a Trustee of a local hospice for several years. Her personal interests include opera, theatre, art and travel.