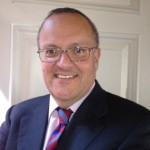 Dr Charles Alessi is chairman of the National Association of Primary Care, NHS Confederation, chairman of NHS Clinical Commissions. He is Senior Adviser and lead for Public Health England’s management of preventable dementia. A practising GP in south west London, he has wide experience of the NHS, PCTs and Health Authorities.

As Chair of the NAPC, Dr Alessi is at the heart of health reform and internationally he has been active in advising both Governments and international organisations. Dr Alessi has extensive experience of working at senior levels nationally and internationally, in Europe and the Americas. At the University of Western Ontario in Canada, he is Adjunct Research Professor in both the Richard Ivey School of Business and in Clinical Neurosciences at the Schulich school of Medicine and Dentistry. 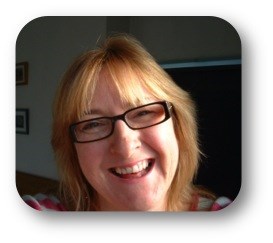 Professor Dawn Brooker qualified as a clinical psychologist at Birmingham University in 1984. She has had a long and distinguished career both in clinical practice and in academia. In 2009 she took up her current post as the Director of the newly established University of Worcester Association for Dementia Studies where she now leads a team dedicated to working to deliver evidence based practical ways to enable those living with dementia to have the best possible quality of life.

Professor Brooker enjoys working at the interface between the experience of those living with dementia, those developing care practice and those undertaking research to ensure that there is real knowledge transfer and translation between these different world-views. She has published across the spectrum of research papers, practice papers, chapters and books on dementia care. Recent and current research includes developing practice in person-centred approaches to care for people living with dementia across the life course, the development of Care fit for VIPS and Stand by me; understanding the role of care culture and how to impact change; safeguarding people with dementia from abuse; developing best practice in general hospitals and care at home and in extra care housing; the Enriched Opportunities Programme; early intervention & timely dementia diagnostic services; and dementia friendly communities. She recently completed work funded by an EU Joint Action on developing evidence based recommendations on timely diagnosis as part of the ALCOVE programme. She is just commencing as the UK lead on a JPND funded programme to implementation and evaluate the Dutch Meeting Centres for people with dementia and their carers across Europe.

Professor Paul M. Camic FRSPH  (A4D Research Adviser, Reawakening the Mind) is Honorary Professor of Health Psychology, University College London, Dementia Research Centre and Emeritus Professor of Psychology and Public Health at Canterbury Christ Church University and a consultant clinical health psychologist. His research includes singing and visual arts as interventions for people with a dementia and their carers; the use of material (physical) objects in human development and health; the gallery/museum as a mental health intervention site to enhance wellbeing and quality of life.  Paul is founding co-executive editor of Arts & Health: An International Journal of Research, Policy and Practice, and Associate Editor of the APA open access journal, Archives of Scientific Psychology.

Charlotte Cunningham founded Turtle Key Arts as a performance venue and production company in 1989. Since then she has produced and co-directed a number of theatre and dance productions with a strong emphasis on physical theatre, dance and devised work. Charlotte’s groundbreaking education and participation projects aim to make high-quality arts accessible to all. Many are aimed at people on the autistic spectrum, notably, Turtle Opera at the Royal Opera House (2001-08), Key Club (2005–09) and currently, in association with the English Touring Opera and the Royal College of Music, Turtle Song, for older people with Alzheimer’s and dementia and their carers).

A trainer and consultant to arts organisations working with people with ASD, Charlotte has acted as a dramaturg on Footprints, a national commission from the British Association of Science. She has curated festivals and cabarets. Charlotte is an examiner for the Faculty of Humanities and Arts at the University of Luxembourg. She contributed the chapter on production for Devised and Collaborative Theatre: A Practical Guide (2002).

Fergus Early is one of the country’s leading exponents of dance in community and education. He began his career with the Royal Ballet in the 1960’s. An original member of the pioneering ‘Ballet for All’, he left in the early 1970s to teach at the London School of Contemporary Dance. Contacts with many artists there led to the establishment of X6 Dance Space, New Dance Magazine and, in 1981, Chisenhale Dance Space. Fergus has created dance pieces for many companies including Extemporary Dance Theatre, the Kosh and the Norwegian National Ballet.

He is the founder of Green Candle Dance Company which creates dance productions and participative projects for children and young people and for adults over sixty, and which celebrates its 25th anniversary in 2012. In 2009 Fergus was awarded the OBE for services to dance and in 2011 he was awarded an Honorary Doctorate by De Montfort University, Leicester.

Dr Nori Graham was the National Chairman of the Alzheimer’s Society for England from 1987 – 1994 and Chairman of Alzheimer’s Disease International (ADI) from 1996 – 2002. She is now Vice President of both organisations. She is Emeritus Consultant in the Psychiatry of Old Age at the Royal Free Hospital, London where she worked from1980 to 2000. From 2001 to 2010 she was consultant mental health adviser to Nightingale House, a 200 bed not-for-profit residential and nursing home.

She is a member of the Partnership Board of the Age Action Alliance and chairs the working group on Public Health and Active Lifestyles. She is a member of the Executive Committee of the Faculty of Old Age Psychiatry of the Royal College of Psychiatrists, of which she is an Honorary Fellow. She is Medical Director of Red and Yellow Care, a new private healthcare company offering specialist care and support to people with dementia and their carers. She is a non – executive Director for the residential services of Care UK, one of the leading independent providers of health and social care services in the UK.

She has an honorary doctorate for public services from the Open University. Her most recent publication is; Nori Graham and James Warner Understanding Alzheimer’s Disease and other Dementias. BMA 2011.

Bisakha Sarker is artistic director of Chaturangan, a Liverpool based company engaged in creative activities to raise the profile of South Asian dance.  Over the years Chaturangan has delivered innovative community and educational arts projects, created culturally diverse cross arts productions for touring, produced resources for promotion of South Asian dance and organised international conferences on the issues of dance and health. A former senior research fellow of the Anthropological Survey of India. Bisakha is a highly respected performer, producer, choreographer,  researcher, educationalist, critic, writer and video maker.

Her landmark international dance conferences in Liverpool have established a new style of artist-led conference programming.  Bisakha’s much-acclaimed work challenges traditional cultural boundaries; and her rich creativity and passion for dance inspire all who work with her, empowering them in a unique way.